This website contains research papers appertaining to all aspects of cartography from the period pre AD1600. The individual papers examine specific cartographers work as well as cartographic ‘tours de force’, which are un-attributed. These papers also examine and provide answers to what may be considered cartographic anomolies, some of which can be illustrated by the following example questions.

Within the following texts the major anomalies within Cartography from the period c300BC-AD1600 are discussed. The Roman texts give details of surveys etc which would have helped the ancient cosmographers. The Miscellaneous texts cover ancillary survey details and metrology. Several papers have already been published and others refereed for journal publication, but have been deemed too long with the diagrams.

Each individual text is catalogued in the ABSTRACTS and is an entity including its own end notes and Bibliography. The number of A4 pages and A4 full colour diagram maps is appended. Naturally if any errors are found or counter-arguments required, then papers should be web-posted linking the sites together so that a full and frank debate can occur. Papers inserted on the site at various times are dated for continuity.
Related/chronological texts have the same logo for identification and access, but a separate text number; i.e. Es1 and Es2 are the two papers that discuss the work of Eratosthenes as noted by Strabo. The 5 web page texts have thus separate logos for identification, They are; Cartographical texts as described above; Roman Texts are headed Rm; Miscellaneous texts are headed Ms; Cart-Geographical Texts are headed Cg, and texts relating to charts are headed Ch.

Eratosthenes:
How did he determine the length of the oikoumene with a base line as sinuous as a snake?How did he measure or calculate the world circle, and did he actually need too?

Ptolemy:
How did he turn Scotland and maintain the co-ordinates?Why did he draw India so abysmally and move Taprobane? Where and what is Cattigara Sina and the Zero longitude? 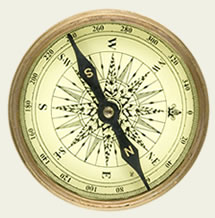 The texts are the individual work of Michael J Ferrar and are copyright. Short sections of text and or an individual diagram map may be used within other research subject to the correct attestation of authorship and the source code being appended.

All text and diagrams are freely available for download, and there will be no adverts