Megalithic measurements which are derived from Stone or wooden Post circles have generally been denigrated. Archaeologists have not bothered to investigate if there could be a quantum measure, holding to the line that until a measuring stick is excavated there is no proof; Historians have generally ignored the subject, many being unfamiliar with geometry. Some mathematicians have entered the fray both for and against the possibility.
Even today if the term Megalithic Metrology is inserted in a search engine the general response is to place it on-line with a sub-title “pseudoscientific metrology”.
However there are too many coincident measures to dismiss the possibility so lightly.
The texts Ms2 and Ms3 endeavoured to show by example the possible measures and their inter-connectivity. This paper explores their probable origins.
This paper presents research, speculation, as is only possible now, and takes its ethos from the Latin,
Uno itinere non potest perveniri ad tam grande secretum.
It is impossible to solve so great a puzzle by using one route only! 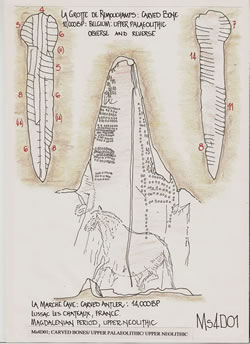 The text of Claudius Ptolemy within Book 2 has a well ordered methodology of presentation. However, that only applies to the first 9 chapters and then chapters 11 to 15.
Chapter 10, Magna Germania, is treated in a different manner. Why?
This area of Europe was not conquered by the Roman legions and therefore geographical knowledge was not available to Claudius Ptolemy. Did he therefore invent a geographical landscape? 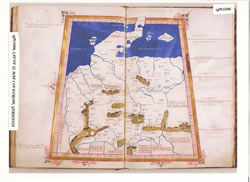